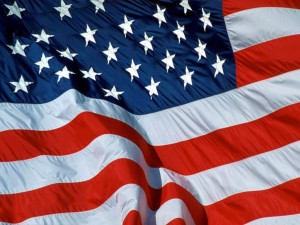 Those who expect to reap the blessings of freedom, must, like men, undergo the fatigue of supporting it.
~Thomas Paine

What does Independence and the Fourth of July really mean to US? For many of us it means many different things. Maybe it’s going to the lake and spending a weekend with our friends. For some it will be will drunken parties. Many will include fireworks into their activities and, oh yes, don’t forget the family picnics.

This nation will remain the land of the free only so long as it is the home of the brave.  ~Elmer Davis

Growing up on the farm, often the Fourth of July meant just another work day with a family get together in the afternoon or evening. In college it meant no classes and wild parties. In the Army it meant ceremonies and parades. For the past few years, for Debbie and I it has meant a wonderful cruise up the river to 18 miles island for a little sailing and camaraderie with the sailing community.

You have to love a nation that celebrates its independence every July 4, not with a parade of guns, tanks, and soldiers who file by the White House in a show of strength and muscle, but with family picnics where kids throw Frisbees, the potato salad gets iffy, and the flies die from happiness.  You may think you have overeaten, but it is patriotism.  ~Erma Bombeck

Yes, the Fourth of July is a celebration of our Independence, but we often forget the Price many have paid for our freedom. Maybe we should ask ourselves if we are sharing in the burden of which Thomas Paine spoke. The relationship between the Freedom and the Price seems to be getting murkier.

We repeat the old cliché about “those who have died for our country”, sometimes without relating to what that means really. I guess I was prepared to die for our country when I was drafted into our US Army during the Viet Nam war days. If I am being honest with myself however, I must admit that it is certainly not something I would have volunteered for. So no kudos for me. Although things looked fairly bleak at the time, I was very fortunate. But many of my friends were less fortunate!

It is easy to take liberty for granted, when you have never had it taken from you.  ~Author unknown, sometimes attributed to M. Grundler

This message is to remember those who have not come back from our wars, especially those friends of mine who died in Viet Nam and those new military friends who went to Korea with me during the Pueblo era and didn’t make it back.

It is a totally different experience for those of us who sit around and talk about Freedom than for those who have actually paid the Price with their Life. There is certainly more Finality involved!

My chief aim in life is to achieve my own Success in the process of helping others achieve their life’s goals and dreams. "The height of our Success should be limited only by our ability to develop the Mental, Emotional, Spiritual, and Physical &, Financial Aspects of our own being!" I exist to learn and then to share. If you work with our group, I can’t promise you Success: only you can be responsible for that. However, I can promise you that if you desire our help and assistance, I will work hard to assist in your Success, because I believe that my Success depends upon helping others succeed.

All articles by: George Sims